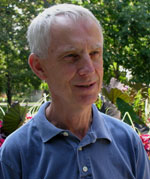 Douglas Medin is the Louis W. Menk Professor of Psychology and holds a joint appointment in Education and Social Policy at Northwestern University. He previously taught at Rockefeller University, the University of Illinois and the University of Michigan. Best known for his research on concepts and categorization, his recent research interests have extended to cross-cultural studies of biological categorization and reasoning, cultural and cognitive dimensions of moral reasoning and decision making, and culturally and community-based science education. This latter work has been conducted in the form of a partnership involving the American Indian Center of Chicago, the Menominee tribe of Wisconsin and Northwestern University. He has conducted research on cognition and learning among both indigenous and majority culture populations in Guatemala, Brazil, Mexico and the United States. Recently he served on the National Research Council committee on Informal Science Learning. He is a recipient of an APA Presidential Citation and the APA Distinguished Scientific Contribution Award, a member of the American Academy of Arts and Sciences and a member of the National Academy of Sciences. Doug Medin was the recipient of a James McKeen Cattell Sabbatical Fellowship Award for the 2010-11 academic year.

Bang, M., Marin, M., Medin, D. L., & Washinawatok,K. (2015). Learning by Observing, Pitching in, and Being in Relations in the Natural World in M. Correa-Chavez, R. MejÃ­a-Arauz, & B. Rogoff, Children Learn by Observing and Contributing to Family and Community Endeavors: A Cultural Paradigm Vol 49  (pp. 303-313). Academic Press.