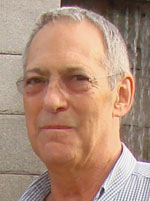 Andrew Ortony is a professor emeritus of education, psychology and computer science. He is a cognitive scientist whose three primary research areas are (1) emotion, especially the relation between emotion, cognition, behavior and personality, (2) computational social cognition and (3) metaphor, especially the relation between knowledge representation and the processes involved in the production and comprehension of metaphors. Ancillary interests include implications of emotion research for Artificial Intelligence and for interface design. His books include The Cognitive Structure of Emotions and a landmark edited volume, Metaphor and Thought. Ortony serves or has served on the editorial boards of Cognition & Emotion, Emotion Review, Computational Intelligence, Discourse Processes, Instructional Science, The Journal of the Learning Sciences and Metaphor and Symbol. He is a fellow of the American Psychological Association, a charter fellow of the American Psychological Society, and a member of the American Association for Artificial Intelligence, the Cognitive Science Society, and the International Society for Research on Emotion.

Ortony, A., Norman, D. A. & Revelle, W. (2005). The role of affect and proto-affect in effective functioning. in Fellous, J-M & Arbib, M.A., Who needs emotions: The brain meets the machine. Oxford University Press.

Ortony, A. (2006). Invited colloquium speaker. Talk at the Center for Computational Intelligence, and to the Learning Sciences and Technology Academic Group, both of Nanyang Technological University. Singapore.

Ortony, A. (2006). Keynote Address. Address at an interdisciplinary Cognitive Systems Workshop for the Agency for Science, Technology and Research, Singapore (analogous to US NSF). Singapore.

Ortony, A. (2005). Invited paper at the Biannual Symposium on the Foundations of Artificial Intelligence (BISFAI). Haifa, Israel.

Ortony, A. (2005). Colloquium at the Department of Psychology, University of Athens. Athens, Greece.

Ortony, A. (2005). Public Lecture at the Einstein Forum. Potsdam, Germany.

Swarat, S., Ortony, A., & Daniels, B. What makes a topic interesting: An exploration of the underlying dimensions of topic interest. . Paper presented at the American Educational Research Association Annual Meeting. San Francisco, CA.

I was the PI on two resubmissions to NIMH for a grant to continue the operations of our cross-school initiative, CEED. The reviews were quite positive, and the agency initial response to the second resubmission implied a high likelihood of funding (the priority score was 167). A subsequent cut of 1% to the NH budget, however, has dramatically reduced the prospect of funding so that the current status is that funding is still possible but “now very unlikely.”